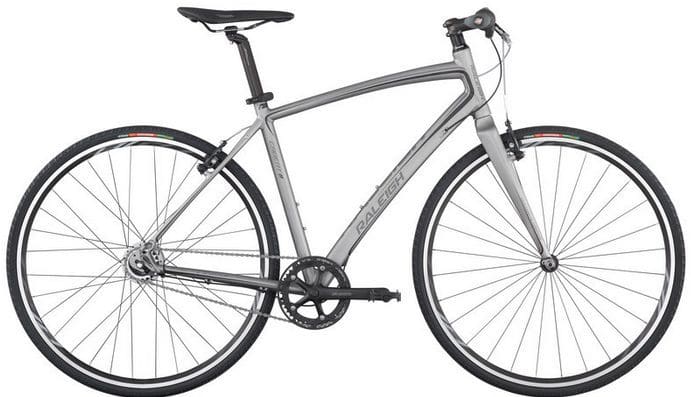 I finally purchased a new commuter bike.  I ended up going with a Cadent i8 from Raleigh.  The local bike shop I use Freewheeler was having a sale this week.  They ended up giving me such a great deal.  I’ve always been happy with their service and selection.  If you are in the grand rapids area, stop over and check out the team.

I decided on the Raleigh because of the price and the weight.  It is not often you can find a sub $1000 bike with an internal gear.   In fact, it is almost impossible to find any used internal gears.    The reason the bike is less than 1k is due to the use of the Shimano Nexus gear vs the Alfine.   I’ve done some research and it sounds like the Nexus is pretty good.   The main complaint I was able to read about was the fact that disc brakes were not compatible with the nexus.  I’m not too worried about that.   My intent is not to be a racer but to use as a commuter bike.  I was able to get a few extras thrown into the deal and now have a rack to mount some panniers on.

When I started looking at bikes the internal gears appealed to me but I was worried about the weight.  After finding the cadent I was surprised at the actual weight.  I will have to get a true weight from it now that I have added a rack and some other items.