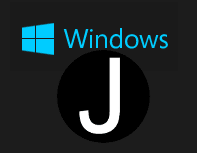 I’m a fan of windows 8. Since using it as my primary OS at home and on my development box I find it very stable, fast, and likable. It is interesting that when I’m on a Win7 box I find myself going to the upper right to search or hitting “win+q” to find an app.

I spent some time this week using a windows 8 tablet. The touch screen really enhances the OS. I can see why people are raving about the Lenovo Yoga. The desktop is really usable as a tablet interface. If I had to pick an issue, I would say that the OS has a bit of a personality problem. It can be a touch interface and then run back to the old XP days and be a Mouse Keyboard interface. It seems like they are not combined in any way. Even the “metro” version of IE and the desktop version of IE are different enough to make you realize you are using one or the other.

There has been a lot of talk about hardware. My impression is that they did a good job on the device. The pro tablet seems a bit big, but it is a full win8 device. http://www.engadget.com/2013/02/13/ifixit-tears-down-the-microsoft-surface-pro/?a_dgi=aolshare_twitter

A few months back I used a Windows RT tablet. I enjoyed that as well, however I found it sluggish. I think adding some horsepower to the device may make it more usable.

In the end, I can see myself using mostly windows OS devices. I think that Win 8 is doing well