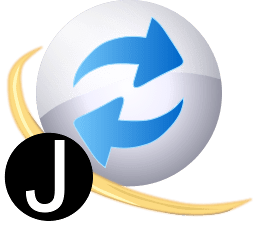 Feb 13th 2013 is a sad day. Microsoft decided to turn off what I though was one of their best services. They are discontinuing Live Mesh. If you have not heard of Mesh, it was the precursor to SkyDrive. Mesh allowed you to sync and access remote files. It also included the one function that I really loved, Remote Desktop.

When you installed Mesh it gave you the ability to remote desktop (RDP) into your windows machines. Now most people know that RDP was built into some versions of windows (ultimate and premium). Because most of my previous Vista and Win7 devices were Home versions they did not have RDP enabled. Mesh allowed you to rdp into a machine. It was a wonderful secure method of remote access.

I have tried and currently use many other remote connection means:
VNC, LogMeIn, VPN, SSH, however mesh was the easiest of the bunch. I have since moved to Chrome remote Desktop. If you have not tried this before I recommend giving it a run.
https://chrome.google.com/webstore/detail/chrome-remote-desktop/gbchcmhmhahfdphkhkmpfmihenigjmpp?hl=en

It is much smoother than VNC. I run a lot of VPC images (virtual box) and using this to remote access them is pretty easy. With the loss of Mesh I now have found other ways.

Thank you Microsoft for the few years of a great service. Here is the note that I got from the Microsoft Team. You should note that with SkyDrive there is not a remote desktop alternative.