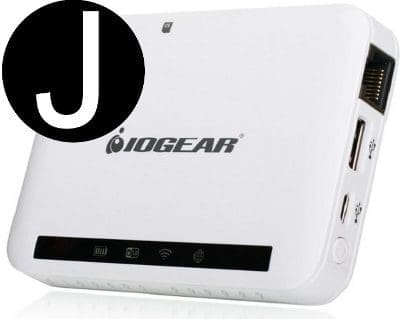 I love technology and I love my family. However these two have collided and we have had some challenges. One of those challenges relates to cords; yes I mean power cords.   Some years ago I purchased a few portable DVD players.  These great little items allowed my children to watch movies while we traveled. My parents and family live more than 1.5 hours away, when we are going on trips greater than an hour the kids are allowed to watch a movie.    This lead to the following setup for our last spring break trip.

This configuration worked well when we had 2 kids, I now have 4 children and well… It stunk.   First we had a bag of dvd’s that ended up all over our mini van and they got scratched.  The cords, well they were the killer.  First the kids tripped on them then they got tangled, after that they broke a power supply cord for one of the DVD players, next the headphones busted because of a tangled cord.  By the end of the trip I was spending more time cleaning up DVD’s, rewiring cords, and putting players away then I was eating or fueling the van.  Not to mention I had about $530 into the above setup if you add in DVD’s.

To solve this problem I’ve prepared for my upcoming spring break trip.  This years spring break technology will be as cordless as I can make it.   First thing to go was the DVD players, thank you craigslist people who let me get rid of them quick.    I purchased a few more tablets for our house this Black Friday so every kid has a tablet to use.  Not to mention (iPod Touch if they want to).  Here is my list of tablets of anyone cares.

The next item was to create an in-car wifi network to stream videos.  I started with a cheap wifi router and went looking for a power supply. I purchased a TP-LINK WR841N (Amazon link) and added a USB hard drive, this worked but I did not want to mess with DC adaptors.  So the recent upgrade is now to use ioGear Mediashair Hub (Amazon link).  This is the key to my in car media system.  It is a mini wifi hub that can power / charge devices and also accept USB and SD card storage.    I typically leave it hooked via the usb port for continuous charging in the Van.

The next step was to rip all the DVD’s and movies onto a storage device.  I started with a 500GB USB drive that I had laying around, but have now switched to a 64 GB SD card.  I realized that I was never going to take that much media with us.  Also, to make viewing and fast forwarding easier, when I ripped the DVD’s I moved them to a smaller format iPad via handbrake to keep the file size down.  I also used cTivo to take shows my kids love with them. (19kids and counting, duck dynasty, etc..)

This new setup is much cleaner and easier to store in the car. The MediaShair sits up front in the center console, each child is responsible for their tablet that can be stored in back of the seat pockets, headphones that are wireless can be placed on the seats, and wired headphones can fold and go into back of seat pockets.    The only issue I have seen is when we don’t have charged devices.  That is easy to solve because of the existing cords I had to keep the DVD players going.   To use the system I just created a wifi network called “jimizcar”.  (If you are on the road and pass us, the password is “techdad”).  I also tested using a Verizon MiFi to bridge that network and the kids could get internet, but I opted to not let them know that on the trip.

Overall this project probably cost me more time but the results will allow me to scale and not deal with cords. I figure the cost for the upgrade was roughly $225.  I purchased 2 cheap bluetooth over the ear headphones ($25 ea), Microsoft Tablet ($75), Android Tablet ($39), and ioGear MediaShair ($59).

Here is what MediaShair looks like on an iOS device.  Before Playing back a video.

Email with suggestions or comments.