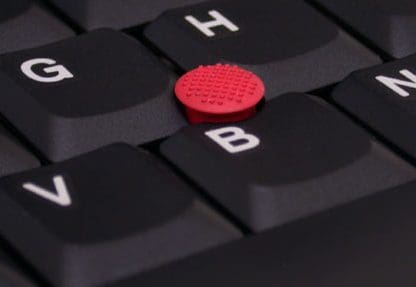 I read this article on the Verge this morning regarding ThinkPad turning 20. I was just amazed that it has been around that long. I remember the first ThinkPad I saw. It may have been one of the first laptops I had ever seen. It was this large black square (amazing).

Over the years the ThinkPad has evolved, but it still has it iconic look. After reading how it was the first laptop in space, first laptop with a CD-rom, DVD-rom, and built in wireless I was impressed.

Almost everyone that knows me has heard me talk about the ThinkPad. I currently have 3 of them, well really we have 3 of them in the house (business computer, Wife’s Laptop, and mine). My first Thinkpad was a 600. It was about perfect, I had about 5 of them over the course of time. They were compact size and just work horses. I have had a lot of laptops over the course of my career, and none have worked as well as a ThinkPad. ThinkPads are no-longer considered sexy as they may have been back when they first came out. Today’s ultrabooks are sleek and shiny, the flat black ThinkPad does not have that appeal. However the new x1 carbon looks like it may start a trend.

So Happy 20th ThinkPad. I hope to have another 20 with my Trackpoint.